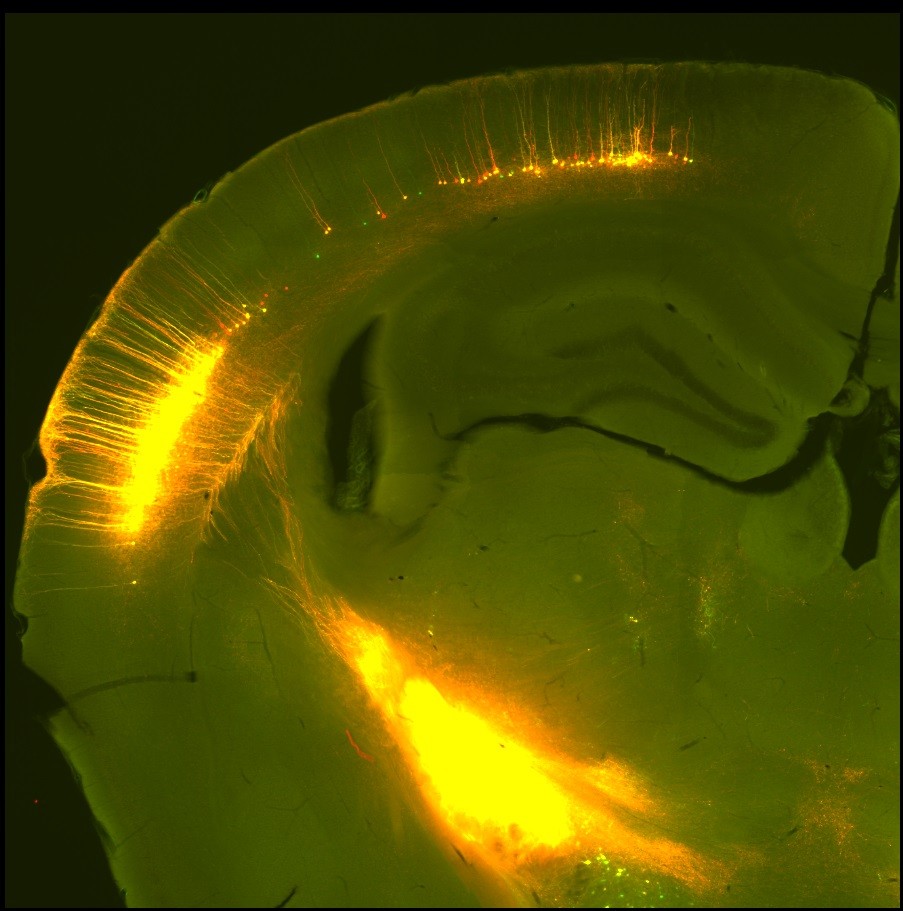 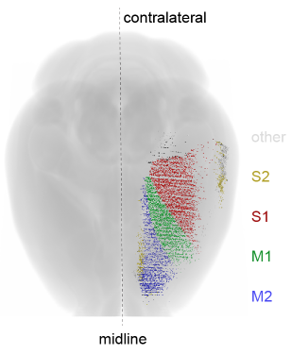 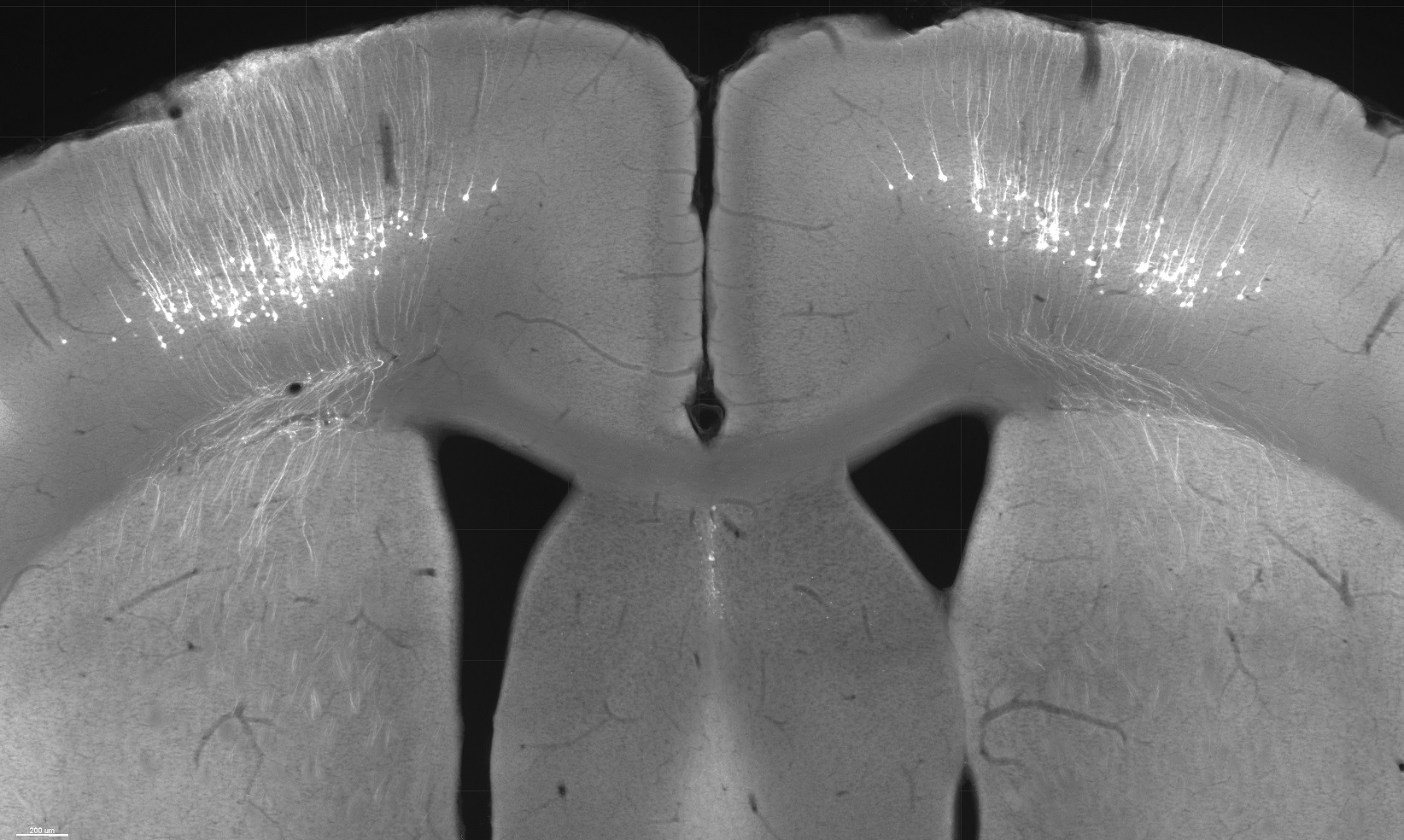 Motor cortex (M1) plays a crucial role in the control of voluntary movement but the neuronal mechanisms by which this region converges on downstream circuits remain obscure.  To better understand how activity in M1 is translated into context-appropriate behaviors, we propose to characterize the role of specific cortical projection subtypes as defined by their spinal interneuron targets. A growing body of electrophysiological and behavioral evidence suggests that interneuron subsets in the spinal cord represent functional units that, when recruited, play a role in imposing a task-appropriate pattern of muscle activation.  An example of this is seen in the alternating activity of opposing flexor and extensor muscles, which is in part regulated by defined spinal circuits.  These circuits can be over-ridden to achieve simultaneous antagonist muscle coactivation. Two inhibitory spinal interneuron (IN) populations, presynaptic GABAergic (GABApre) and reciprocal inhibitory GABA/glycineric (Ia) neurons, play a role in this transition, undergoing activation or suppression of their activity, respectively.  Using a recently developed CVS-N2C based rabies tracing strategy combined with genetic access to specific cardinal interneuron populations, we have identified that both classes receive direct corticospinal neuron (CSN) inputs.  Moreover, this input has been suggested to play a role in the task-appropriate switching from alternating activation to co-activation of flexor-extensor muscle pairs.  In order to investigate the nature of this role, we have developed a motor behavioral task in, which mice are trained to either alternate or co-contract opposing forelimb muscles in response to a visual cue.  For the first time, we can now simultaneously monitor and manipulate the activity of defined subsets of CSNs during a motor-cortically dependent behavior.