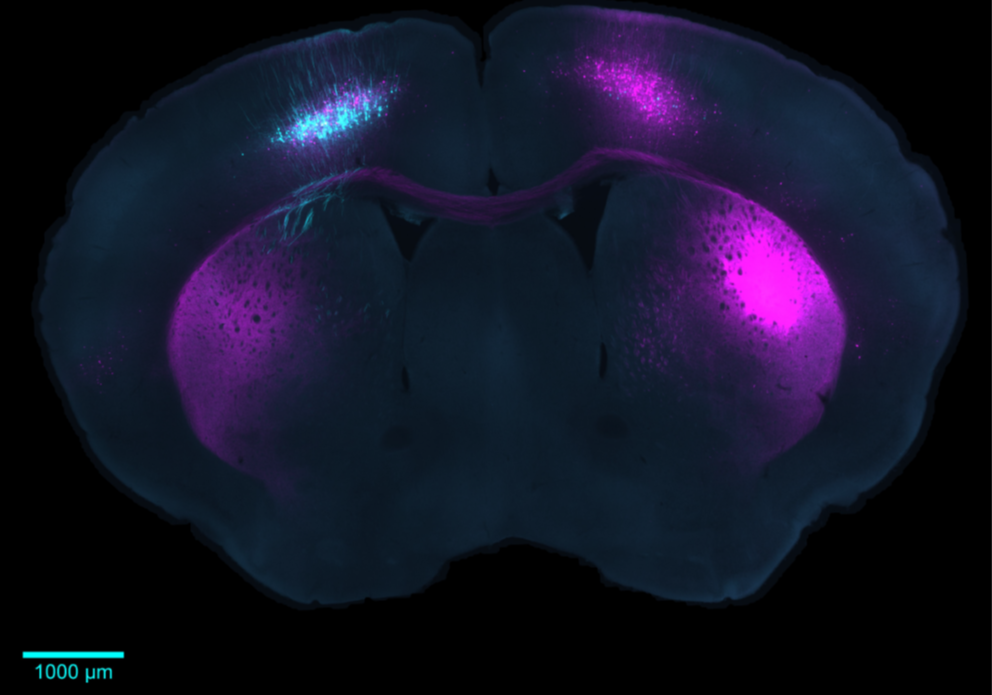 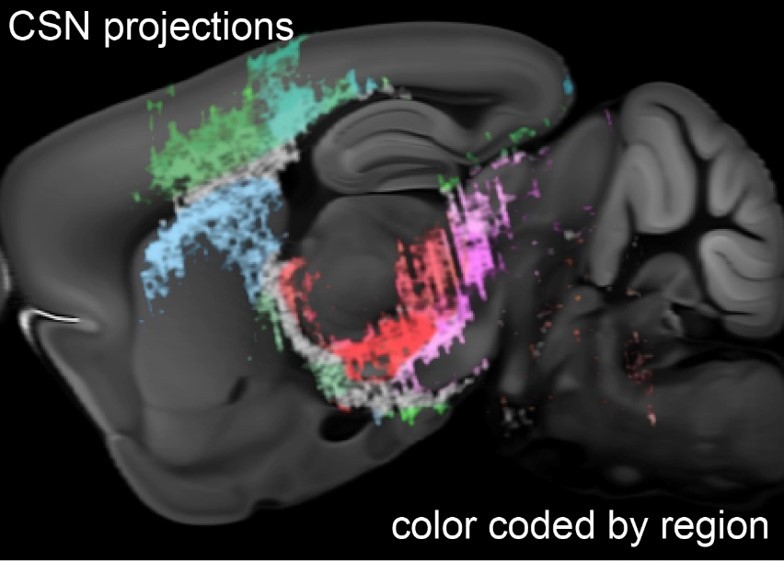 Even a simple movement, like the extension or flexion of a forelimb, requires the activation requires the input of activity from many different neural populations across different brain areas onto motor control centers that control muscle activity. Although many brain areas have been shown to have motor related activity, and to be involved in movement preparation and execution, the relation between activity in these brain areas and the output of the brain onto the spinal cord remain elusive. Therefore, it is absolutely essential to characterize the contribution of upstream neural populations from other cortical and subcortical areas to the activity of the projection-specific populations of corticospinal neurons characterized in Project 1, during different modes of motor control. We propose to perform this characterization using a range of functional imaging approaches that interrogate this problem at different scales. We will utilize wide-field optical mapping (WFOM) to image, in an unbiased manner, the activity hundreds to thousands of cells across many cortical areas in relation to the activity of particular CSNs, which represent the output of the cortex to the spinal cord.

Informed by the WFOM imaging, we will then perform simultaneous imaging of populations of neurons, with single cell resolution, in different brain areas using 2-photon random access mesoscopic (2p-RAM) imaging.  Finally, we propose to use the 2pRAM mesoscope to simultaneously image the activity of thalamus or striatum through GRIN lenses, and the activity of corticospinal neurons, during particular motor control modes.

The knowledge gained in this project will be critical to understand principles governing activity in motor cortex versus other cortical areas in relation to motor output as proposed in project 3, as well as to inform the modelling in project 4. Furthermore, it will help generate predictions that will be tested using closed-loop optogenetic manipulation experiments in project 5.